Making History - The Hidden World of the Leviny Women of Buda, held at the Castlemaine Art Gallery and Historical Museum earlier in 2015 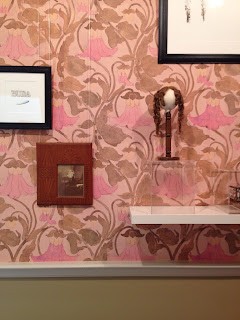 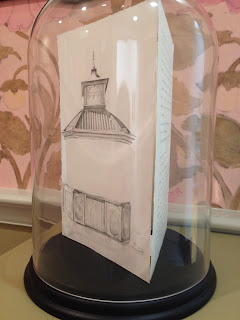 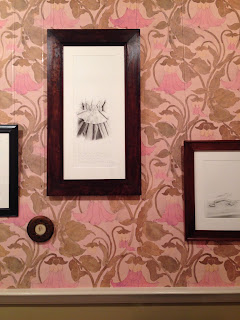 Posted by Catherine Pilgrim at 9:01 PM No comments:

Photos from the show earlier this year 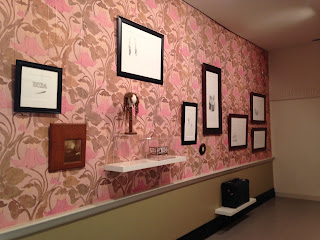 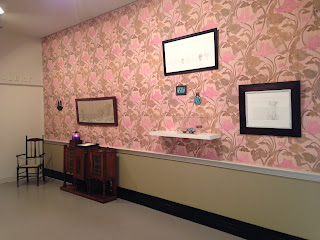 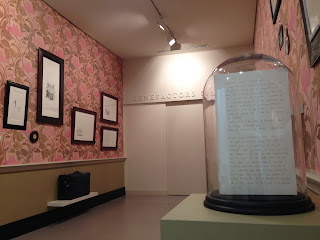 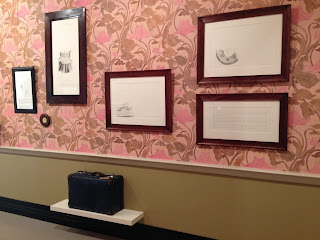 Posted by Catherine Pilgrim at 8:50 PM No comments: 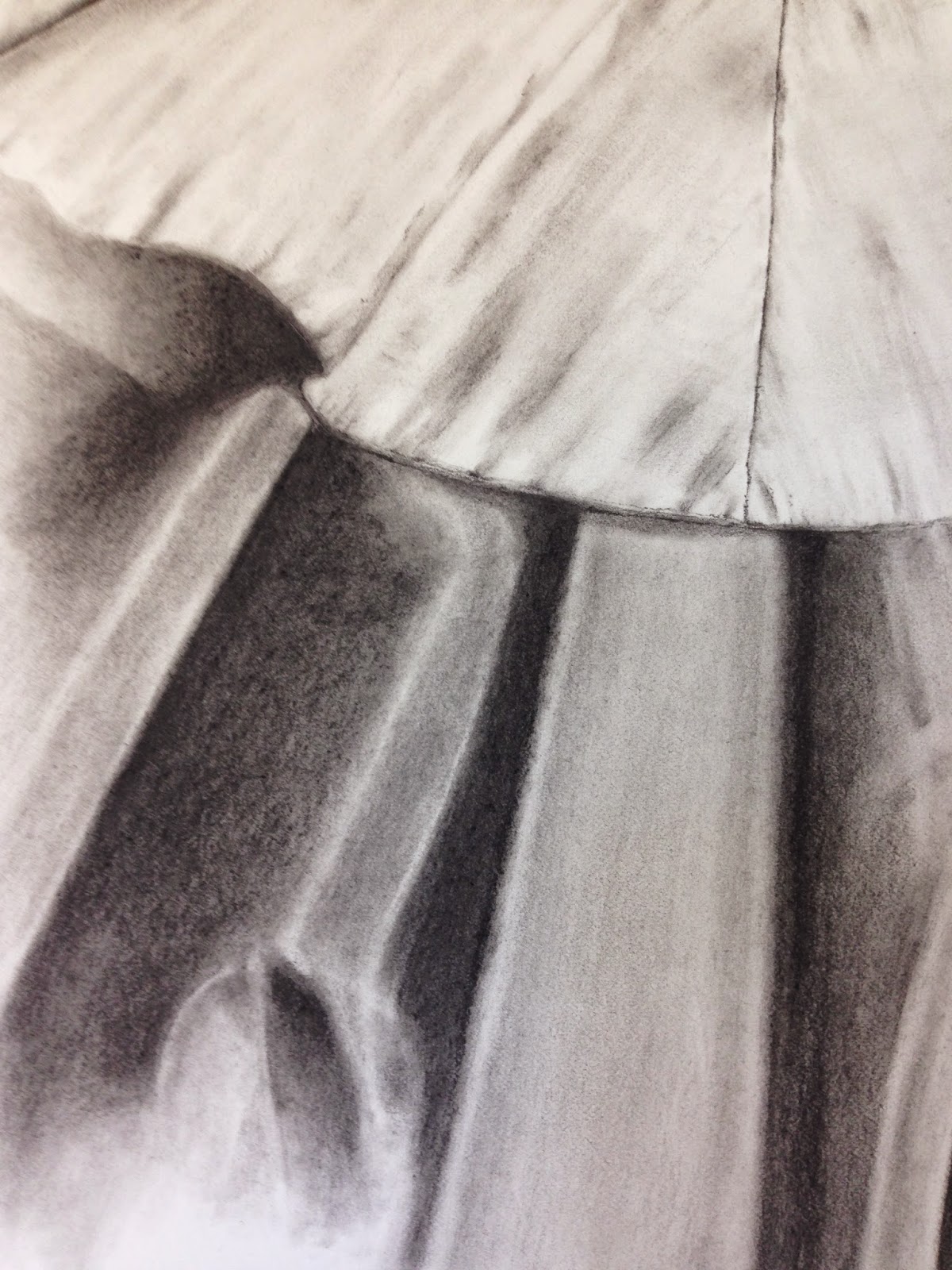 Posted by Catherine Pilgrim at 9:29 PM No comments:

Many many many moons ago I was a student at Lambton High School in NSW and I had Mr Lewis for Art. I was in year 7 and it was 1980. High school was big and noisy and the buildings were brick. The central quadrangle was very... concrete. There was a fantastic big oval, and a lawn area out the front, but my friends and I hung out near a stairwell in the quadrangle. Sort of in a corner. Mr Hook was the Vice Principal and there were a whole range of fantastic teachers including Mr Wood for woodwork and Mr Steel for metalwork (not kidding!)...
I remember drawing with Mr Lewis, with an emphasis on both exploring and building technical skill. I had no confidence in my ability despite great marks and having work in the school exhibition. I had no idea what I wanted to do when I grew up - school was about maths and english and geography. Art was for people that were talented and that wasn't me.
Skip forward a couple of years... I have a particularly strong memory of Mr Lewis approaching me in the quadrangle. It was 1982, I was in year 9 and he was asking me why I wasn't doing Art as one of my electives. I told him I wasn't any good at it, which he argued against - but I insisted I wasn't and that he was mistaking me for Leanne. He maintained his opinion but so did I.
I didn't think about that conversation again for a long time, but in my twenties I started to paint, and did some drawing classes. In time I wound up at Art School, and towards the end of my undergrad won a small scholarship to study in Washington DC. My USA semester was twenty years ago this year, and now with a Masters of Fine Art under my belt, and twenty years of exhibiting I almost feel like I have the right to call myself an artist.
This year I've been teaching private tutored drawing groups in the vibrant and lovely surrounds of Castlemaine. I have been reflecting on my own teachers and wishing I could tell Mr Lewis he was right!!! I am grateful for the wonderful grounding I had, even if I didn't realise at the time. So far I haven't been able to find Mr Lewis, but I will do my best to encourage others in their ability to draw! 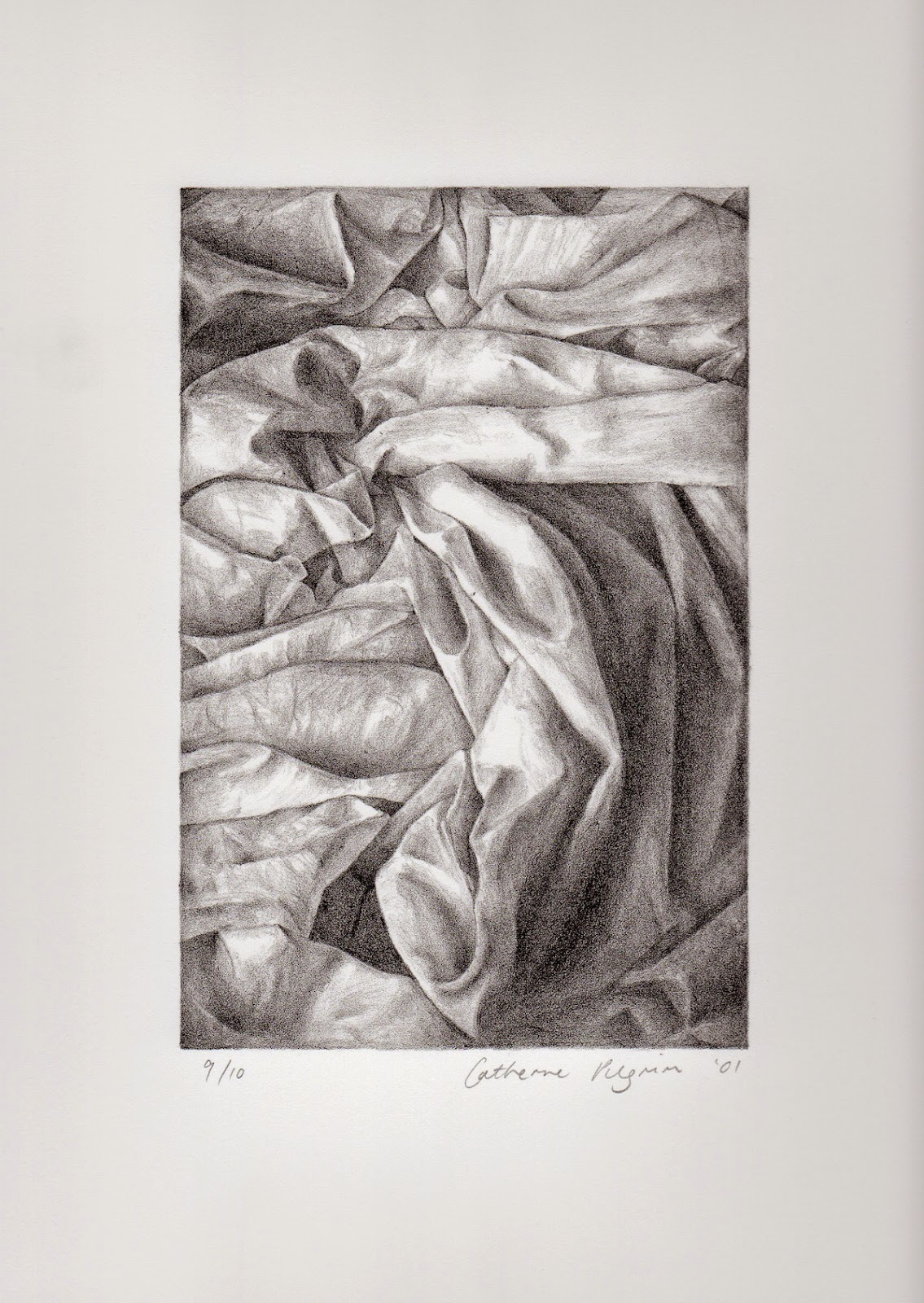 Posted by Catherine Pilgrim at 10:50 AM No comments:

Drawing is a fundamental activity... as we learn and develop as children drawing is pre-writing.  Somewhere along the way we learn that drawing is only for those that can.

Yet drawing is a skill that we can all learn.  It is a wonderful activity that promotes understanding.  It is the ultimate 'slow' activity.  Andrew Marr, patron for the 'Campaign for Drawing' reminds us of the importance and accessibility of drawing ... 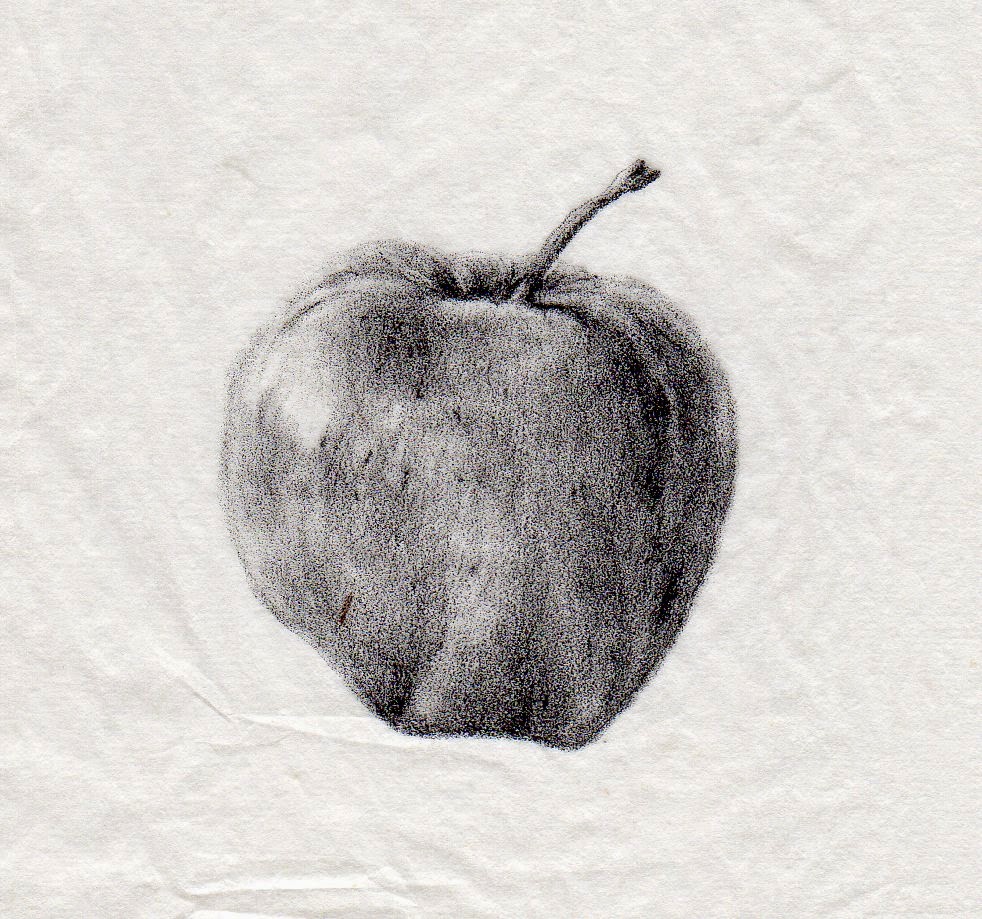 Posted by Catherine Pilgrim at 10:56 AM No comments: 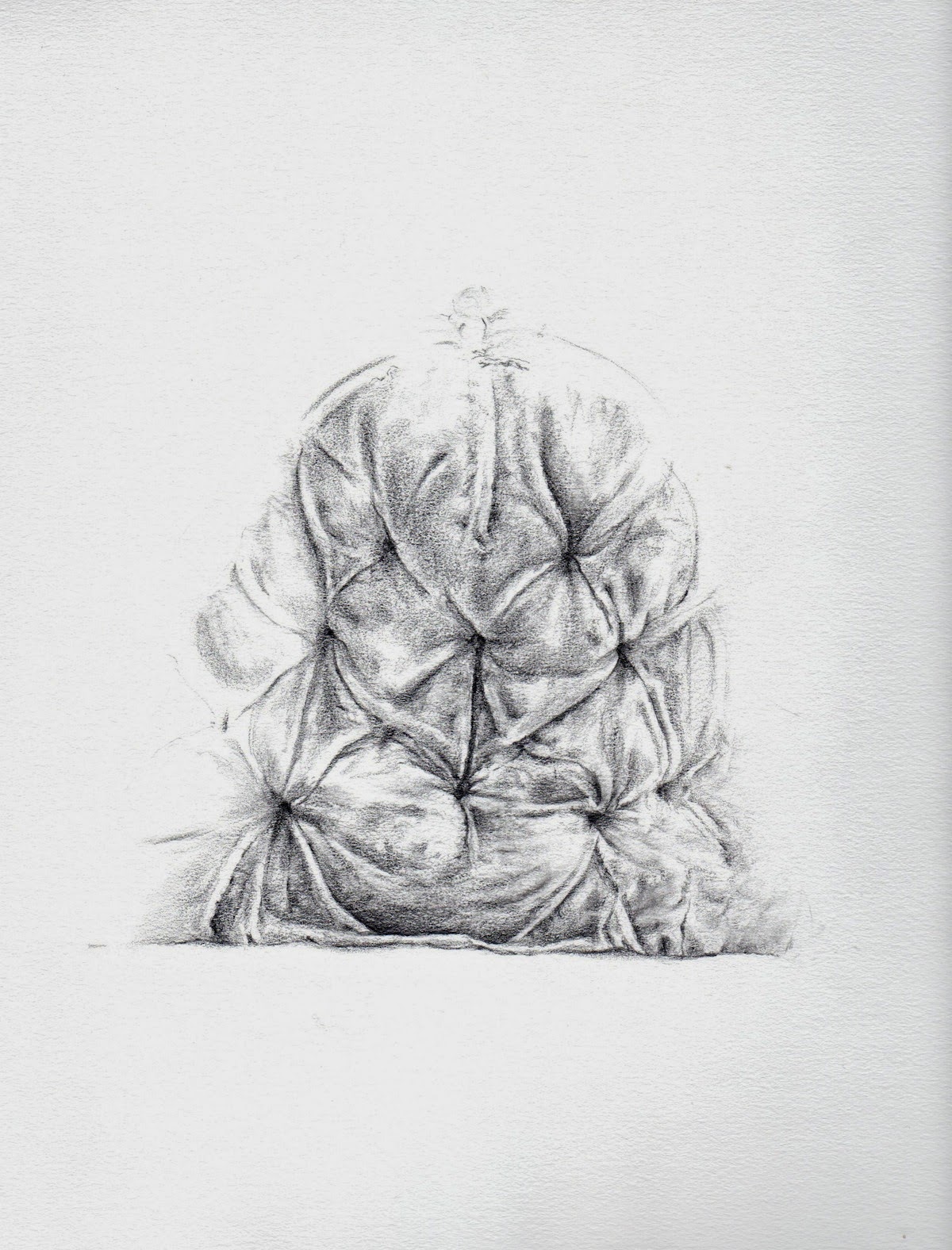 Buda is a house, a garden, a place to visit and appreciate how the world has changed...

But of course it also encompasses a story.  It is a story that goes all the way back to the gold rush when Ernest Leviny decided to come to Australia for about three years.  Then stayed.

It is the story of the family that he nurtured here at Buda.

There is, quite particularly, the story of the unmarried daughters that spent much of their time at Buda.  They were strong women who weren't extreme enough in their activities to attract a lot of attention, yet were fascinating.  Hilda travelled and worked while the others seem more 'stuck' at home.   Kate forged a life in Sydney for a while but then came home to settle at Buda and spent time developing the works on paper collection of the Castlemaine Art Gallery and Historical Museum.  (Apparently she was a particularly strong woman, not to be messed with...) And Dorothy, with all her early self doubt didn't ever stay away from Buda for too long... but she worked towards making quality metalwork that is her legacy.  Apparently she was the gentler sister, picked on by the other stronger ones.  One thing I have particularly enjoyed hearing about Dorothy is that she went to RMIT in her early sixties to do further study in metalwork.

My understanding of these women is from sketchy information that allows room for interpretation.  I am not an historian.  I am not wanting to 'correctly' present this story, because I don't want to miss out on the fabulously inconsistent details that allow the story depth and complexity.  But I am interested to tease out the various elements of the story, and acknowledge the shades of grey.

And Buda is also the story of creative and intellectual rigour.  Ernest inspired and still inspires a commitment to quality of making.  And in a contemporary community rich with 'makers' of all shapes and sizes, what a wonderful history to share. 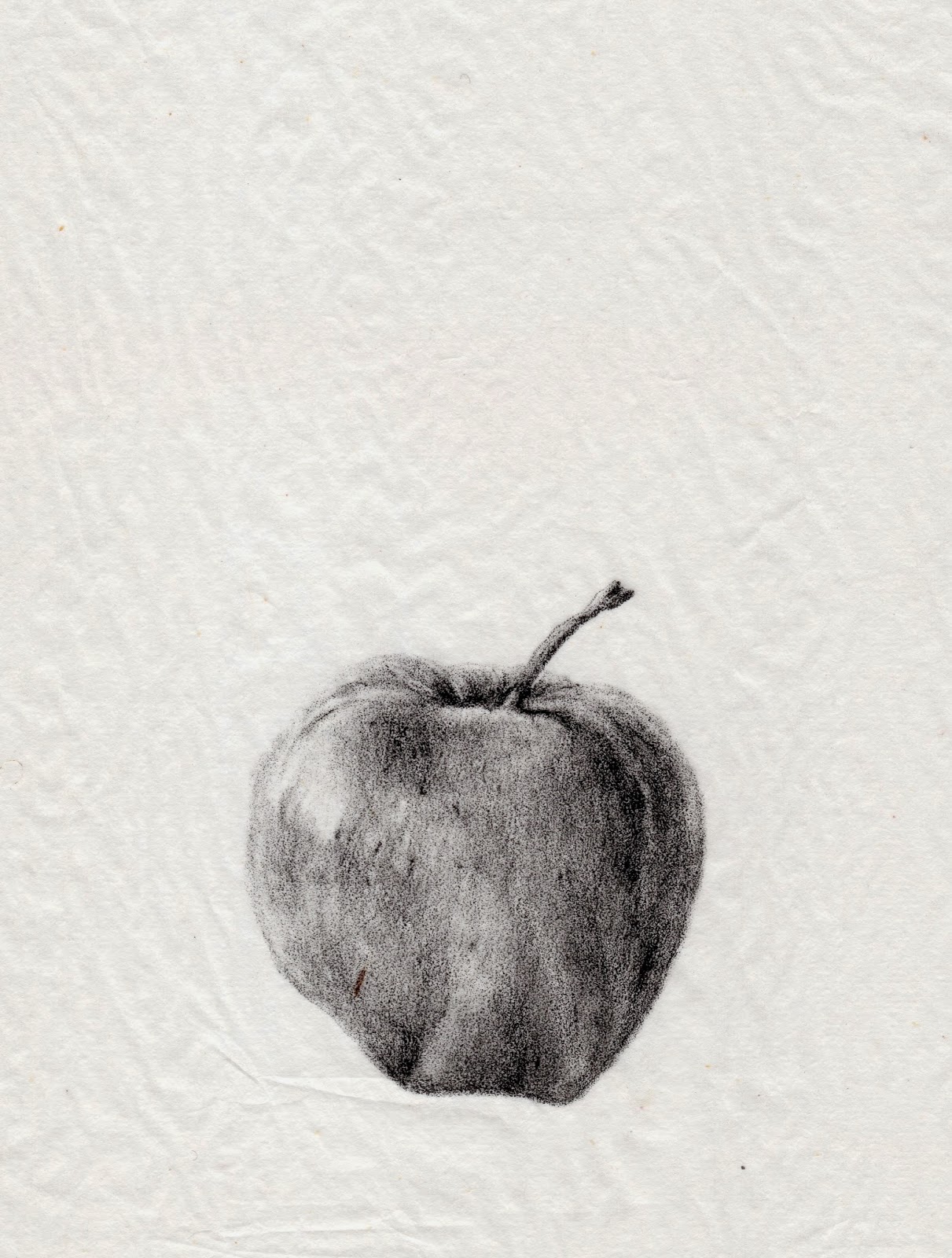 Join Catherine Pilgrim for tutored drawing groups aimed at beginners and intermediate draughtspeople looking to improve their skills in observational drawing.  Using Catherine’s light filled studio as a base, we will visit various locations to draw.  Significant time will be spent in the visually rich surrounds of Buda Historic Home and Garden, as well as visits to Castlemaine Art Gallery and Historical Museum, and other destinations to be confirmed.

Work with Catherine and a small group of fellow students on exercises to improve ‘seeing’, while also reinforcing fundamentals such as gesture, tone and proportion.  Various media will be used including graphite, and some charcoal.

Catherine Pilgrim learnt to draw in Australia and Washington DC and has been exhibiting for over twenty years.  Catherine’s approach is skill based while also aligned with the inclusive philosophy of the Campaign for Drawing, who promote drawing to learn, rather than learning to draw.  Catherine’s Masters of Fine Art research (Monash University) was based around the subjective process of making a representational drawing.

Posted by Catherine Pilgrim at 10:10 PM No comments: